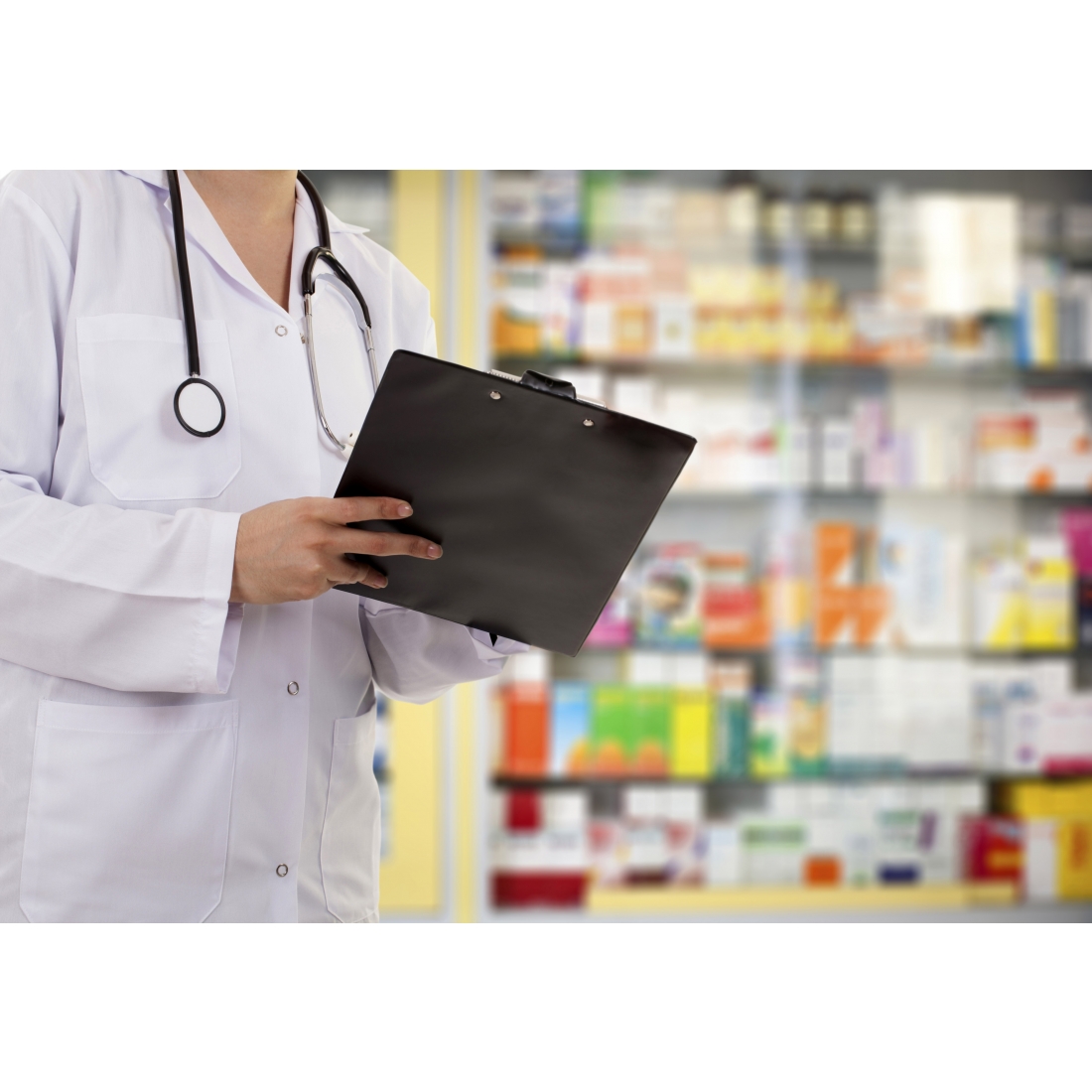 Long before the opioid epidemic was thought to be a public health emergency, prescription drug abuse and misuse were steadily increasing in the U.S.

To combat this, states and hospitals have been building technological platforms to enable prescription drug monitoring programs that can the track habits of both prescribers and patients. But use of PDMPs varies by state, with some states mandating its use and others merely recommending that hospitals and medical groups opt-in.

With the Trump administration saying it will crack down on opioid abuse, it begs the question: Could these data-heavy platforms make a dent in the crisis?

Every state but Missouri

As it stands, every state has its own PDMP, outside of Missouri -- the state has made multiple attempts and failures to implement a statewide platform. And 46 of U.S. states are part of the collaborative PMP InterConnect, an interstate group started by Appriss Health in 2011 that fosters prescription drug data sharing across state lines.

But whether PDMP use can truly impact the opioid crisis is yet to be determined. A 2017 study by University of Texas Health Science Center at San Antonio and Northwestern researchers found PDMP use effects remain mixed.

On the one hand, researchers found an underlying link between PDMPs and a reduction of misuse and diversion. Further, many of the programs provide a detailed prescribing history of a patient over the course of the past three months.

While the use of PDMPs obviously reduces the number of opioids prescribed within a state, the researchers pointed out a number of issues that PDMPs could impact. Namely, the ‘chilling effect,’ which could deprive patients of necessary pain medications.

Further, even when opioid prescriptions were reduced, the researchers also found that it didn’t reduce overdose mortality rates in states overall.

Another recent study by Pew Charitable Trusts outlines the obvious effects of PDMP use: identifying and reducing doctor shopping, controlled substance availability and prescribing, reduced medical and drug costs related to inappropriate prescribing, and improved health outcomes for some states.

But those benefits vary by state and are also hard to determine, as it’s not possible to conduct a controlled study. And there are so many interventions going on in states right now, explained Cynthia Reilly, director of Pew Charitable Trusts Substance Use Prevention and Treatment Initiative.

“[PDMPs] have a benefit,” said Reilly. “We’ve seen nationally that there’s been a decrease of the prescribing of opioids and PDMPs are a contributor. There’s also evidence that use of PDMPs can improve prescribing decisions and decrease the abuse of opioids, and to a lesser extent that shows it improves patient outcomes.”

For example, Michigan is one of the states leading the PDMP charge. It implemented its PDMP in 2003, which was updated in recent years to address tech challenges, by transitioning to Appriss -- the platform used by most states.

“As a result of improving that software, we’ve seen an increase in the utilization of PDMP and a drop in volume of prescriptions,” said Michigan Department of Licensing and Regulatory Affairs Acting Deputy Director Kim Gaedeke.

Both prescribers and dispensers are utilizing the platform to address potential risks. And the state has seen prescription drug deaths level off, said Appriss Health President Rob Cohen.

“It’s one of the tools that is certainly central in the fight against the opioid epidemic,” said Gaedeke. “But now we’re looking to understand how do we continue to innovate and make it better?”

While some states have made good progress, it’s not a nationwide trend. There is still a lot of work to be done, explained Reilly. Part of that is due to regulations that vary by state, such as how long that data can be stored, among others.

“In an ideal world we would want the information from a PDMP right in a prescriber workflow,” said Reilly.

To David Kilgo, director of systems implementation at Wolters Kluwer Clinical Effectiveness, that’s the biggest challenge: the difficulty of integrating PDMP into the prescriber’s workflow.

“In many instances, the prescriber must leave the screens in an EHR, log into the state website, search for the patient name, possibly making several selections due to the variation of names, and then return to the EHR to complete the work,” said Kilgo.

Part of that is due to software models, which were built at different times, explained Reilly. Trying to integrate that data has been a massive undertaking.

That’s partially due to “the lack of a unique patient identifier that can tie records across multiple pharmacies within a state,” along with the “lack of data availability across state boundaries,” said Kilgo.

“Imagine, for example, a clinician whose practice is near a state border,” he continued. “Their state regulation may mandate validation of the prescription history of a patient, but only in the state where the clinician is based.”

As a result, the data received about a patient’s ‘in-state’ activity, may only be a small portion of the relevant patient activity, Kilgo explained. “The very nature of a retrospective submission versus a real-time submission can cause a delay that reduces the effectiveness of the process.”

Not only that, but once in the PDMP system, the data often looks like a laundry list, explained Reilly. It makes it difficult to efficiently detect a prescribing issue or any overlapping data.

Adding to that issue is a lack of data standardization, explained Gaedeke. While most states are sharing data, it’s not always efficient given the lack of standards around state processes and requirements.

Currently, Michigan is attempting to tackle this issue, by what Gaedeke hopes will be a standardized collection of data and the ability to make data available in real-time.

“I think the key is that PDMP administrators need to collectively identify what kind of standard to agree upon - so sharing data becomes more seamless,” said Gaedeke. “We’re sharing today, but certainly we can improve on that process, especially if states agree on standards and protocols.”

PDMPs were initially instated to ensure appropriate prescribing and to avoid patients being given too many opioids. But it’s time the platform improves to make better use of the data to improve patient outcomes.

“I think the evolution of PDMPs and continued evolution is going to increasingly impact the opioid epidemic,” said Cohen.

The next step, perhaps, would be to leverage that data to address opioid deaths, enable treatment through PDMPs and pour more data into the platform to gain more insights, explained Cohen.

States are already making those efforts to determine next steps, including determining innovative solutions, utilizing data-driven analytics and “to hopefully guide potential policy decisions,” Reilly explained. “They’re also looking into whether we’re really making a dent [in the crisis] and whether we’re seeing providers using the data.”

PDMPs would be more effective if the platform could actually better inform prescribers and identify patients at risk or those using dangerous combinations or high quantities of opioids.

“The point of a PDMP isn’t just to turn them away,” said Reilly. “The point, in an ideal world, would be to have a dialogue with a patient. Maybe their pain isn’t being properly managed, for example. We’ve also seen that prescribers will use the information to talk to patients about substance use disorder.”

Too often PDMPs are looked at as a tool to impede access, but Reilly explained that those data and platform challenges stand in the way of prescribers having the time to make those crucial decisions.

To Gaedeke, machine learning and predictive analytics could be the key to making PDMP data more actionable. The tools could not just look at morbidity trends or frequency of patients receiving an opioid prescription, but to predict outcomes.

“The goal would be to use those technologies to pull that data in so you can have better predictive modeling,” said Gaedeke. “The prescriber could see all of that data in terms of potential overdose death, and the like.”

As usage increases, it could hopefully alert the prescriber that there’s something going on with a patient, said Gaedeke. And if the patient continues down that path and the provider doesn’t intervene, it will lead to death.

“The more we can predict that, the more effective PDMPs will be,” she added. “That’s the ultimate goal. The challenge becomes, how do you pull in all of the other data assets that could be helpful when trying to transform PDMPs to help us with the predictive modeling?”

PDMPs have “such a wealth of information to inform prescribing, so how do we make sure more people are getting that information and using it?” Reilly asked. That data can be helpful to determine hot spots of overprescribing and can help with more law enforcement engagements, along with helping patients get into treatment programs.

It’s not enough for states to mandate the use, as obviously “if you require the use of PDMPs, prescribers are going to do it,” said Reilly. The real questions are whether they’re using it well and if not, how do regulators make that happen?

PDMP use is “not just checking a box or jumping through hoops, it goes back to the idea of finding out what information is more informative to the prescriber and the best way to display it,” said Reilly. “And then, focus on getting it into the workflow and move toward e-prescribing.

Kilgo agreed that these improvements would be more helpful if more states adopted e-prescribing mandates.

For example, since New York adopted its e-prescribing mandate in 2016, the state has reduced doctor shopping incidents by more than 98 percent.

“From a fraud prevention perspective, speeding up the adoption of electronic prescribing of controlled substances across all states will minimize the opportunity for unscrupulous actors to falsify or forge documents,” said Kilgo. “It also creates a gate for opportunistic prescribers to pass through before establishing a practice that targets those seeking opioid products because of a substance use disorder.”

Previous
6 summer shoe styles every woman should have in her wardrobe, by Tabitha Simmons